US President Biden is on the horns of a dilemma… Recently, he was condemned by Turks and Azerbaijanis following his recognition of ‘Armenian Genocide.’ This time, Armenians condemn him for extending a waiver to Section 907 of the Freedom Support Act, allowing US military assistance to Azerbaijan that was originally banned over Nagorno-Karabakh conflict.

Two days after the genocide statement, US Secretary of State Antony Blinken, sent a notification to the US Congress certifying that such assistance to Azerbaijan would not “undermine or hamper ongoing efforts to negotiate a peaceful settlement between Armenia and Azerbaijan or be used for offensive purposes against Armenia.”

Former President Donald Trump had not touched the Section 907 of the Freedom Support Act for the first two years of his presidency. It was only after two years passed, he waived Section 907 and that waiver had ended at the end of March this year.

During their election campaign Joe Biden and Kamala Harris had given two promises to their voters. One was ‘the recognition of Armenian Genocide’, which was kept, and the other was ‘not to extend the waiver of 907 ever again’, which has just been broken. So, did Biden administration renew its Caucasus policy and if so, why and how?

WHAT IS FREEDOM SUPPORT ACT AND WHAT IS SECTION 907?

The Freedom Support Act and especially Section 907 of this Act are known by heart in Azerbaijan even by grandmothers since its enactment in the US in 1992.

The Freedom Support Act (Freedom for Russia and Emerging Eurasian Democracies and Open Markets Support Act) is an act passed by the US Congress. President George W. Bush had signed it into law later in 1992.

Through this act, many programmes and projects have been created to foster growth and create jobs in the former Soviet republics. US State Department coordinates all these activities. However, Section 907 excluded Azerbaijan from this process in response to Azerbaijan's blockade of Armenia during the first Karabakh War between the two countries.

In 2001, the Senate adopted an amendment to the Act that would provide the President with the ability to waiver Section 907. And American presidents, including Trump, have provided more than 400 million USD of military and security aid/loans to Azerbaijan since then. And Armenians have always been complaining about this.

WHY BIDEN FOLLOWS TRUMP’S FOOTSTEPS DESPITE HIS PROMISES?

There may be two reasons behind this move. Firstly, the US Administration might have liked to make a gesture to Azerbaijan, following the outrage over Biden’s Armenian genocide statement in this country. Indeed, Biden’s statement had shadowed US’ role in the Minsk group as an objective co-chair, in the eyes of the Azerbaijanis. So, US Administration may be trying to revive the Minsk process and its role in it; thus opting for protecting its status and influence in the Caucasus rather than distancing itself from the region.

Secondly, Russia’s hegemony in the region was presented by the US intelligence agencies as a threat to US national security in the House and Senate public hearings on 14 April. After a more than two-year break caused by tensions between the intelligence community and former President Donald Trump, the Senate Intelligence Committee's Worldwide Threats hearing, in which country’s intelligence agency chiefs present the global threats, was held for the first time since January 2019. So this year, not surprisingly, Russia was one of the threats mentioned, among others like China, Iran and North Korea. By lifting the obstacles in front of military assistance to Azerbaijan, the US seems to opt for joining the arms race in the region, ‘in order to protect its national security’.

Armenians on the other hand interpreted this move differently. Armenian National Committee of America Executive Director Aram Hamparian said, in a statement, ‘American recognition of the Armenian Genocide comes with responsibilities, among them not arming or abetting Azerbaijan’s drive to complete this crime.’  In the Armenian mindset, the second Karabakh War started in September 2020 was the ‘continuation of Armenian genocide by Turks.’ (See my previous article on this for the details of this approach)

ARMS RACE WHILE THE KARABAKH CEASEFIRE IS ALREADY FRAGILE

A US State Department spokesperson, who spoke to the Hill, said that ‘US security assistance programmes in Armenia and Azerbaijan are designed to enhance regional stability and are carefully monitored to ensure they do not hamper ongoing efforts to negotiate a peaceful settlement to the conflict.

However Azerbaijan and Armenia are in a fragile ceasefire, since it was brokered by Russia on 9 November. Despite Russia’s peacekeeping efforts, frictions continue with small scale local armed groups occasionally violating the ceasefire. Both Armenian and Azerbaijani governments continue to blame and threaten each other after each skirmish.

And no significant progress has been made in realizing a durable peace agreement between Azerbaijan and Armenia until now, even though with the ceasefire agreement the two sides had agreed to solve their problems peacefully in 5 years time. Yet, as the agreement leaves many aspects of the conflict uncertain, unresolved and at risk for further violence in the future.

IS THERE A PEACEFUL WAY FORWARD?

Looking at the recent national security debates in the US, it seemingly aims to counterbalance Russian activities in the region rather than escalating the conflict. But it is important what Russia reckons about this… For example, would it use American involvement as an excuse not to leave its military base in Karabakh, even though the ceasefire agreement envisages the withdrawal of Russian peacekeeping troops from Azerbaijan in five years time? It would be best to find a political solution to the conflict in this period, so that Russian peacekeepers would not be needed in the region.

Yet due to the unresolved nature of the disputed territory, neither Azerbaijan nor Armenia take initiative to address the economic and infrastructural issues, which in fact could help a peaceful settlement if they were addressed, as employment opportunities, living standards, social system and infrastructure in the region are crumbling and due to these problems, the Azerbaijanis, who were displaced by the Armenian army 30 years ago, still could not go back to their homes and rebuild their lives.

Despite the security risks, if the communication, diplomatic relations, foreign investments, infrastructure and economic activity in the region can be developed with the inclusion of Karabakh and Armenia, especially in the cooperation on energy sector, confidence among all sides, together with regional stability and cohesion, may be increased. The US, either together with Turkey and Russia or within the Minsk Group, may also play a constructive role here. This is the best-case scenario for all in the region, including Armenia, Azerbaijan, Russia and Turkey.

The worst-case scenario is that Armenia perceives the current ceasefire agreement unfavorable to its interests. Given its increasing arms imports and continuing allegations of cultural genocide carried out by Azerbaijan in the Karabakh region, Armenia breaks the ceasefire, retriggering armed conflict that pulls all involved into a wider conflict, in which all people in the region lose except the current and future arms dealers. 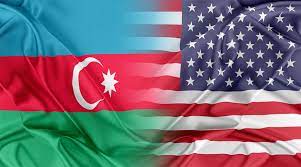 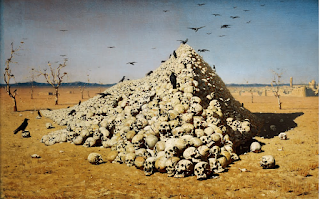 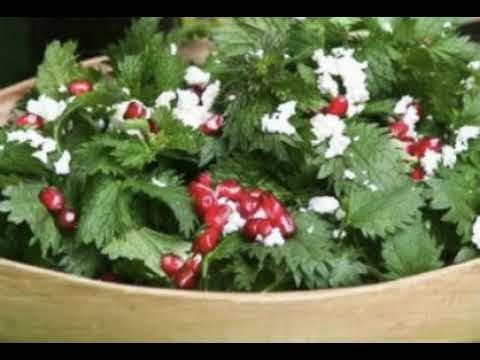